This is a series of artworks that present real-world concepts by using video game themes like colorful aesthetics, jumping platforms, enemies, main characters and dialogue options. Nicole started this series to explore her love for video games and character creation. Nicole is a huge fan of JRPGs, adventure games, and platformers, which she wanted to mix with her love for community and tech. Soon to come is an offshoot of this series starting with her character, 3DINTERNET.

let me grab my ledger 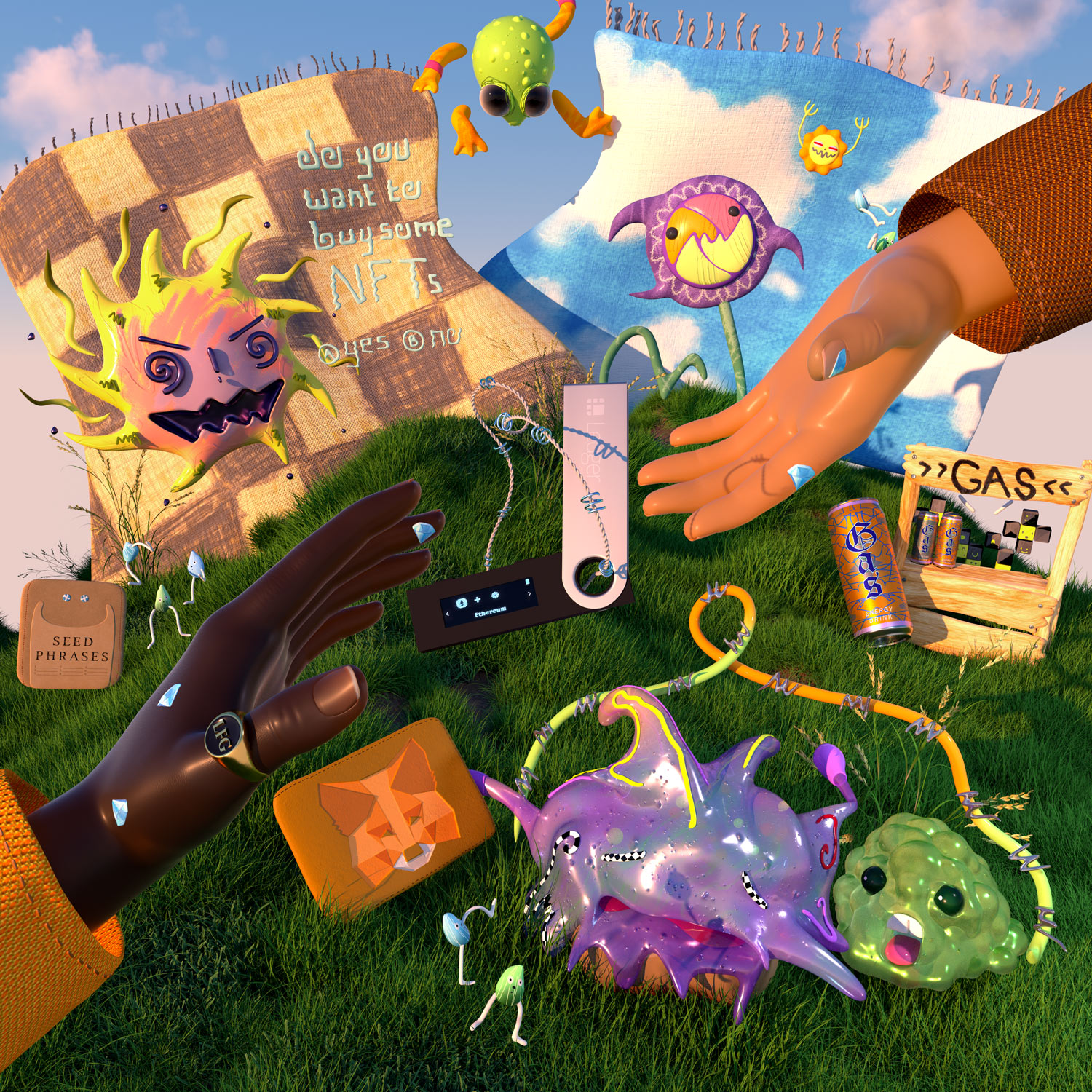 2022, sold in editions on Nifty Gateway.

Inspired by a gamified version of the NFT cryptosphere, the world of “let me grab my ledger” is full of 3D sculptures both gleeful and mischievous: Diamond Hands are gesturing towards their Ledger, a playful creature is asking us if we want to buy some NFTs, another is selling Gas Energy Drinks. The creatures bear a likeness to characters that might be found in NFT art, PFP projects, or classic role-playing video games. The world is very playful and perhaps a bit menacing, reminding the main character (the viewer) to have fun…and to protect themselves at all costs. 😜

This work was shown at SXSW with Opensea & Unf01d and at Art Basel Miami with Superchief Gallery & H+ Creative. 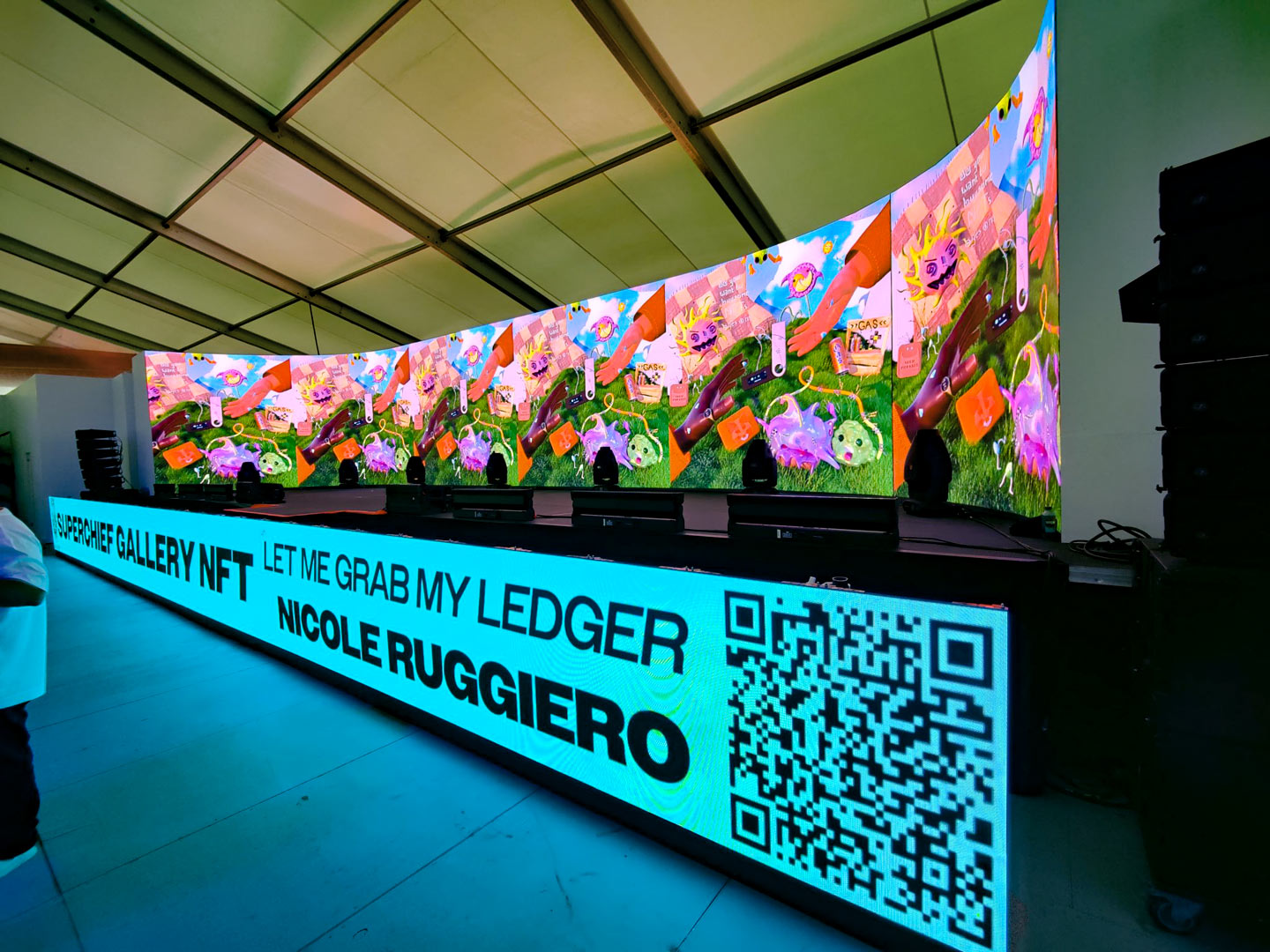 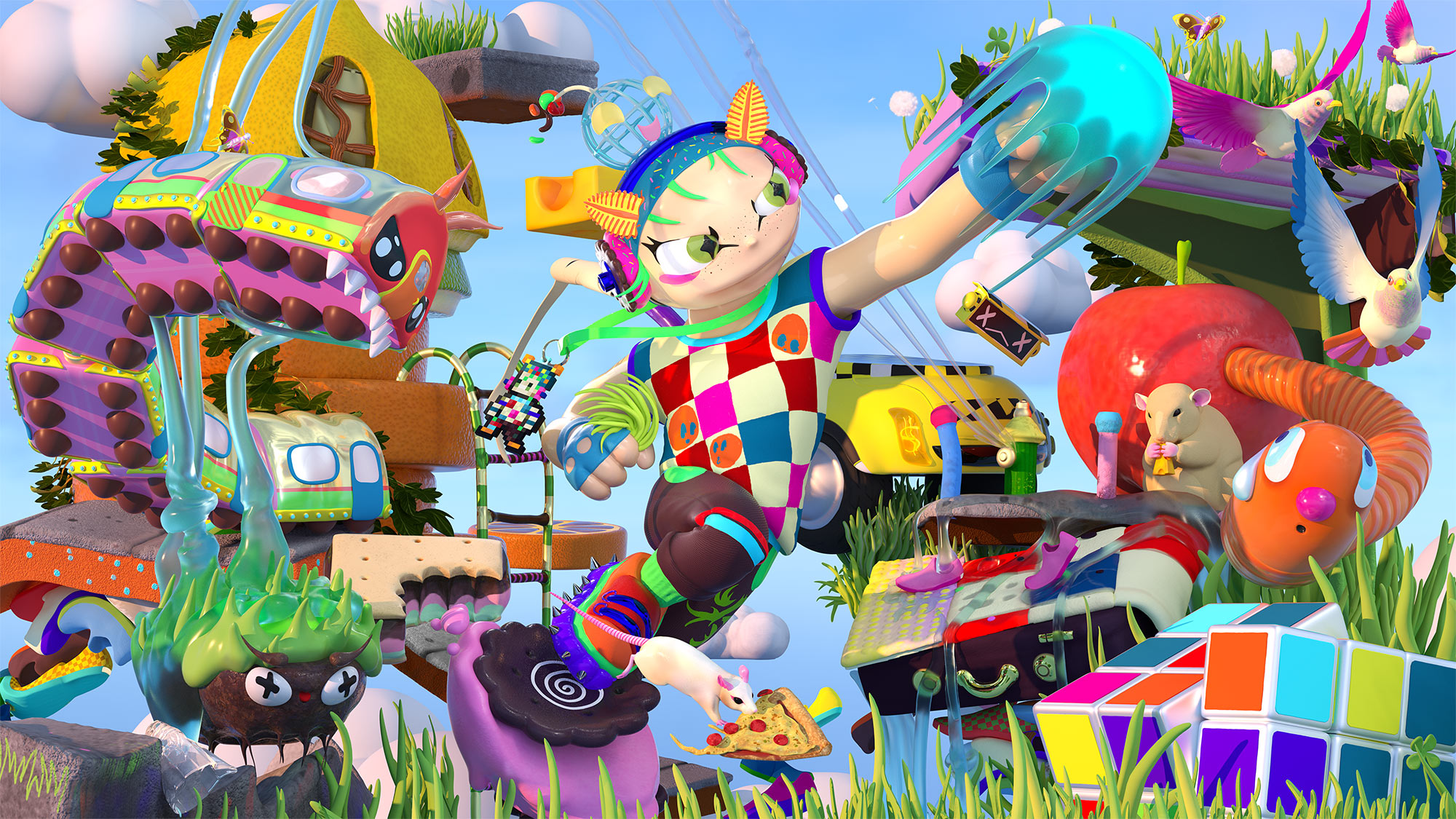 Growing up, video games were a big part of the way Nicole would spend her time. However, both stereotypical gender options didn’t really resonate with her. Being the tomboy that she was, she wanted to play as a character that felt more like her, more androgynous. For this piece, Nicole conceptualized a non-binary character named Fish who she later created with @planttdaddii (Sam Clover). The platform world Nicole and Sam created for Fish is based on NYC and was conceptualized by Sam. Recently, Sam moved from Seattle to New York. She chose a NYC-style platformer world because she felt it would be a perfect way to express how chaotic it is to live in New York, and thought it would make a great world for a character to fight baddies within. The world also reflects the little things that bring Sam joy and help her overcome daily stressors. Fish battles enemies in this NYC-themed world, jumping from platform to platform, proud to be facing these challenges as a hero, living life true to themself.

This work was shown at SuperRare Pop-Up Gallery in Manhattan and in Gender Bender Time Traveller Group show in Berlin, Germany. 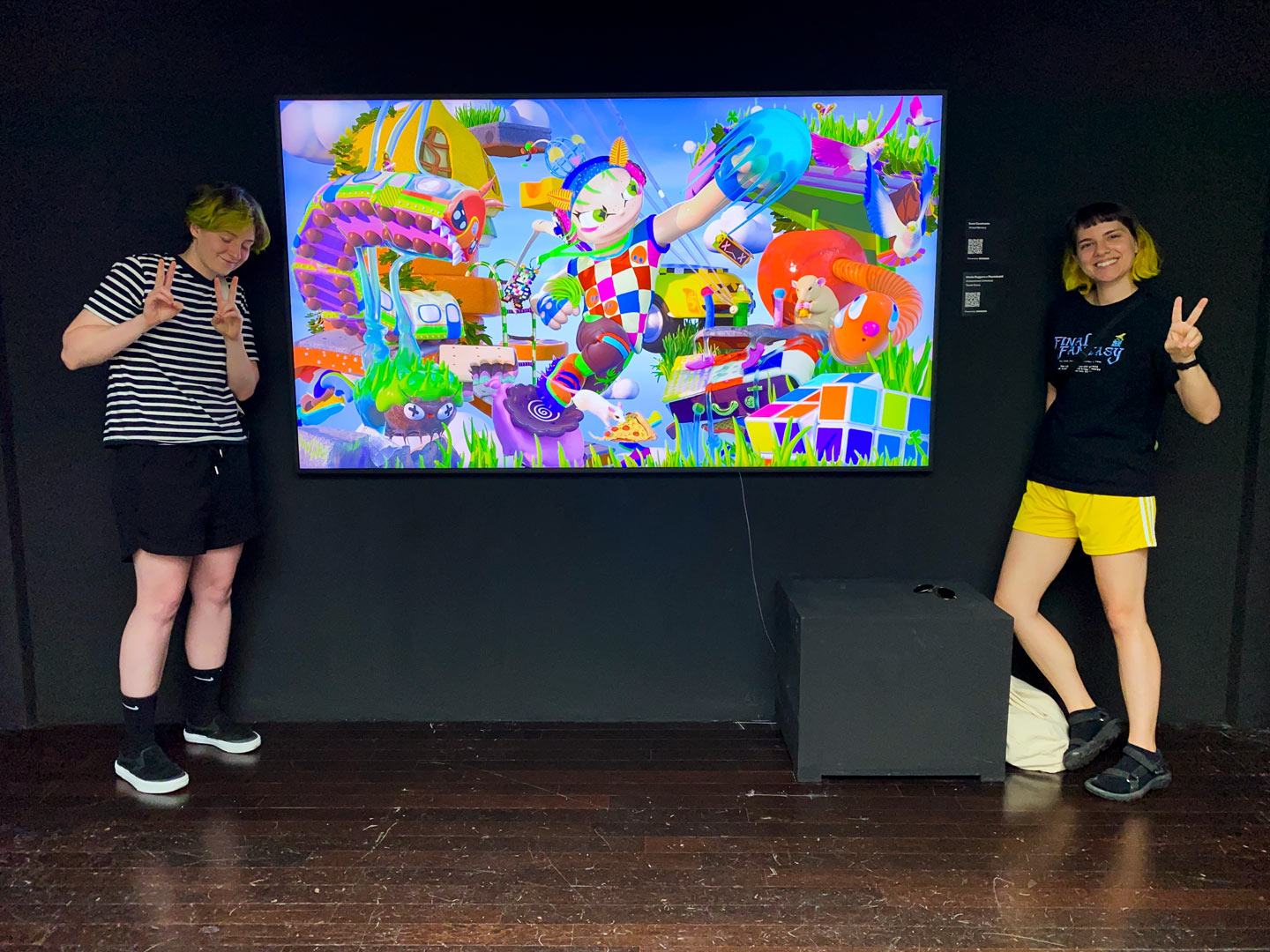