Porsche, a brand built on the principle of turning dreams into reality, partnered with MISA and commissioned 11 artists to create artwork inspired by their dreams to be featured in five major cities across North America, Europe, and Asia: New York, Madrid, Berlin, Seoul, and Tokyo.

Sublime is an animated work that is part of Nicole’s Crown Series. Each work in this series evokes strength by recognizing the power of the human form as an avatar. Sublime was inspired by the infinite possibilities found in dreams. 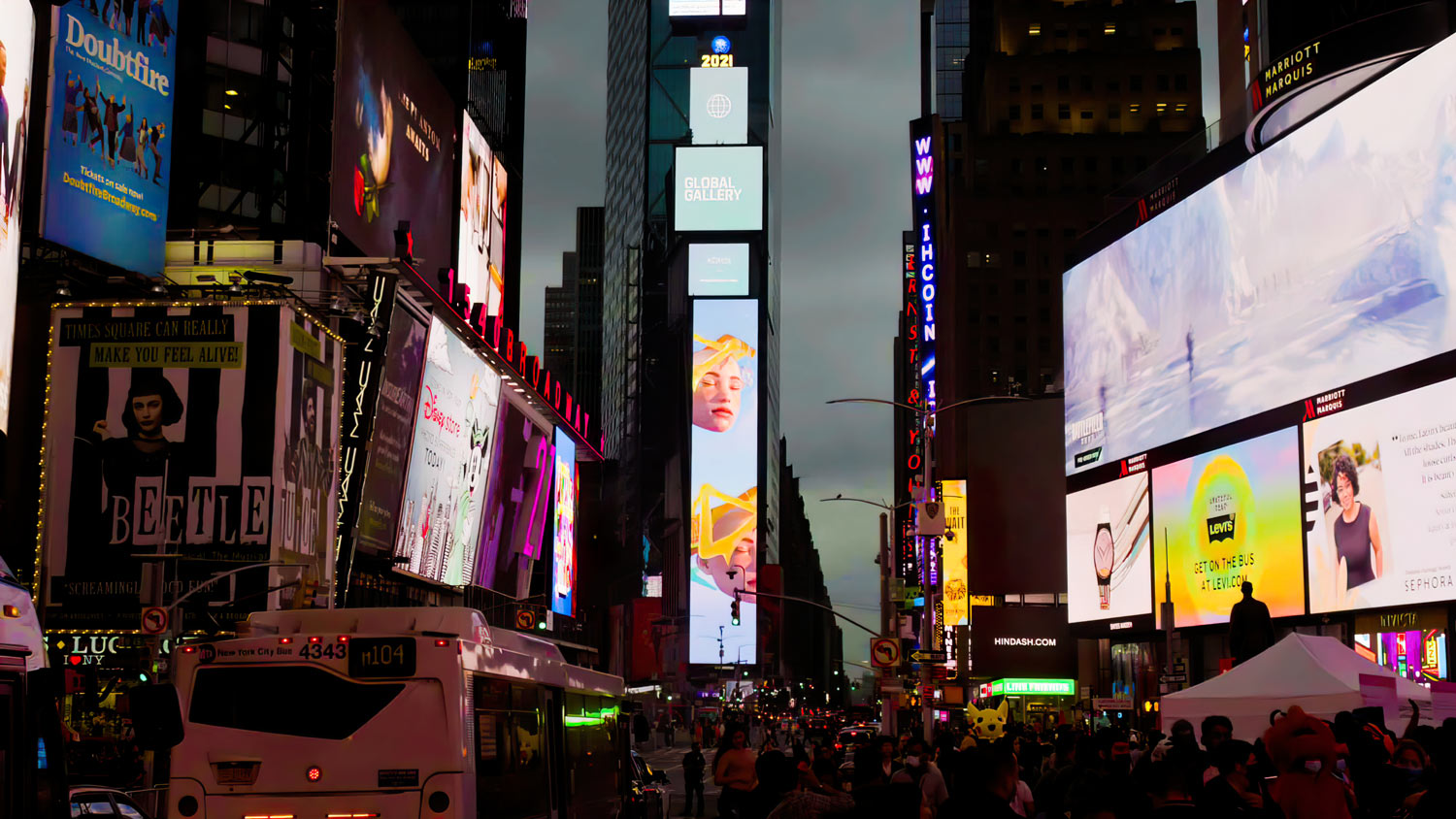 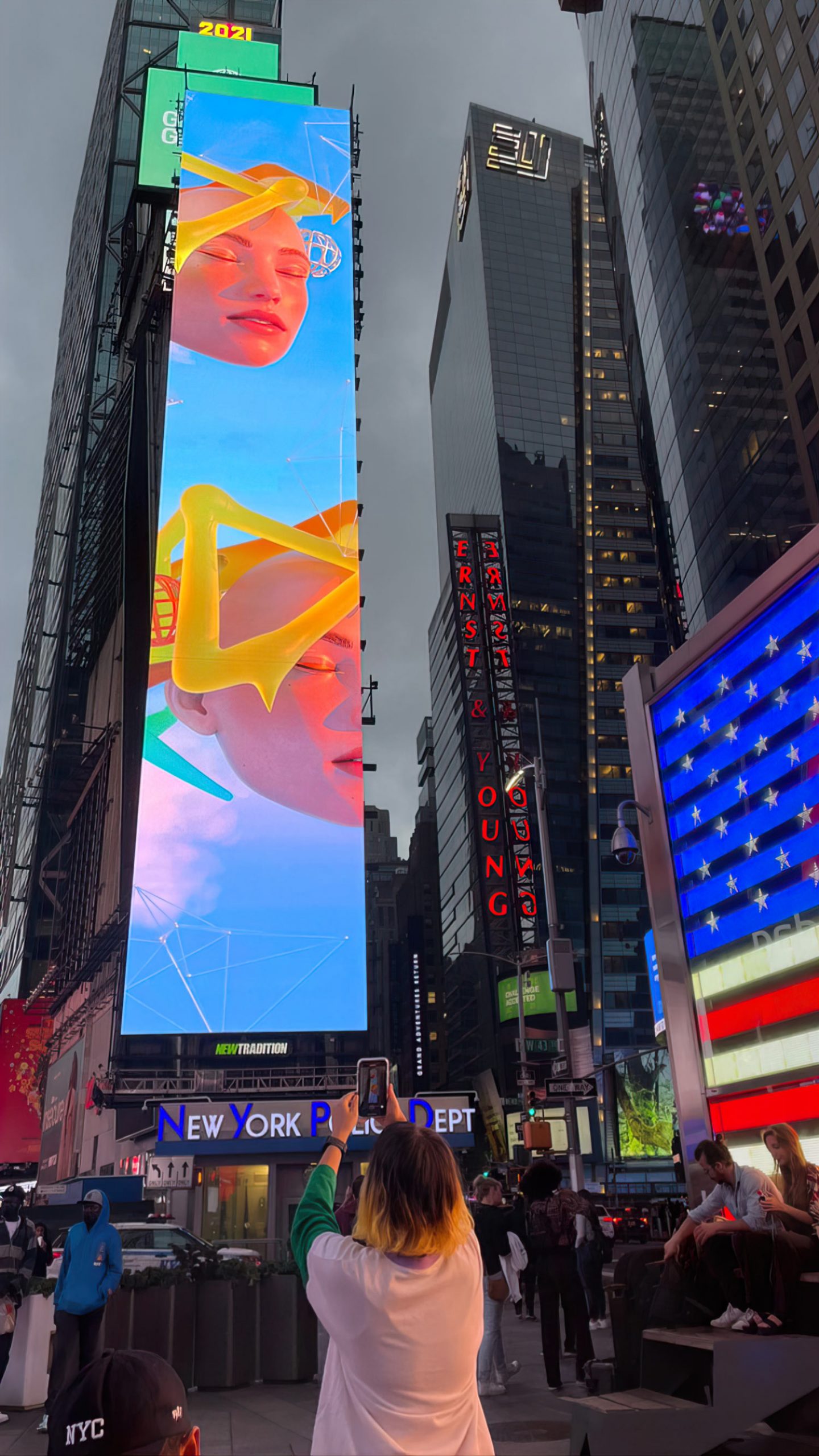 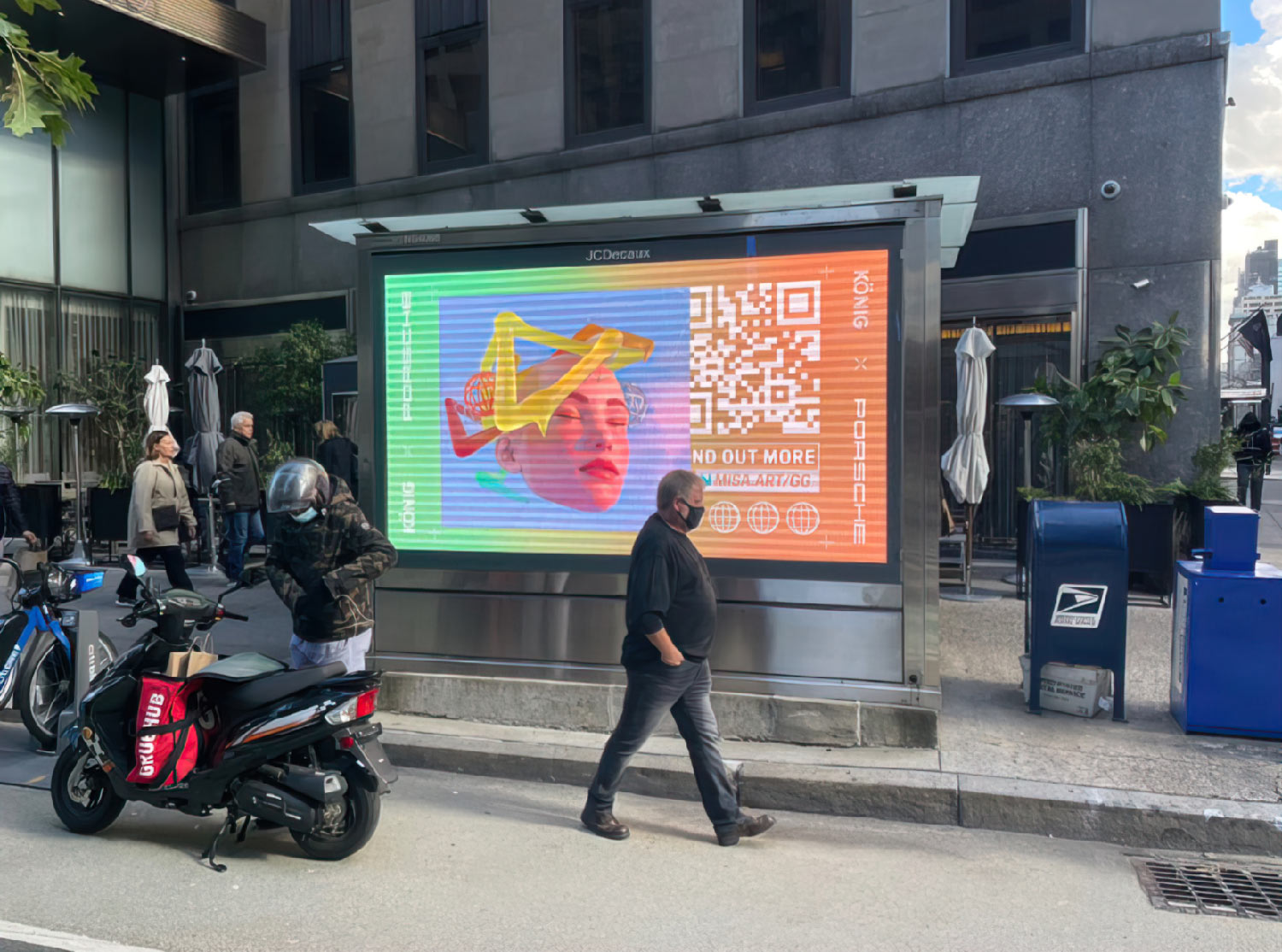 Sublime on a bus ad in Midtown Manhattan during NFT NYC. 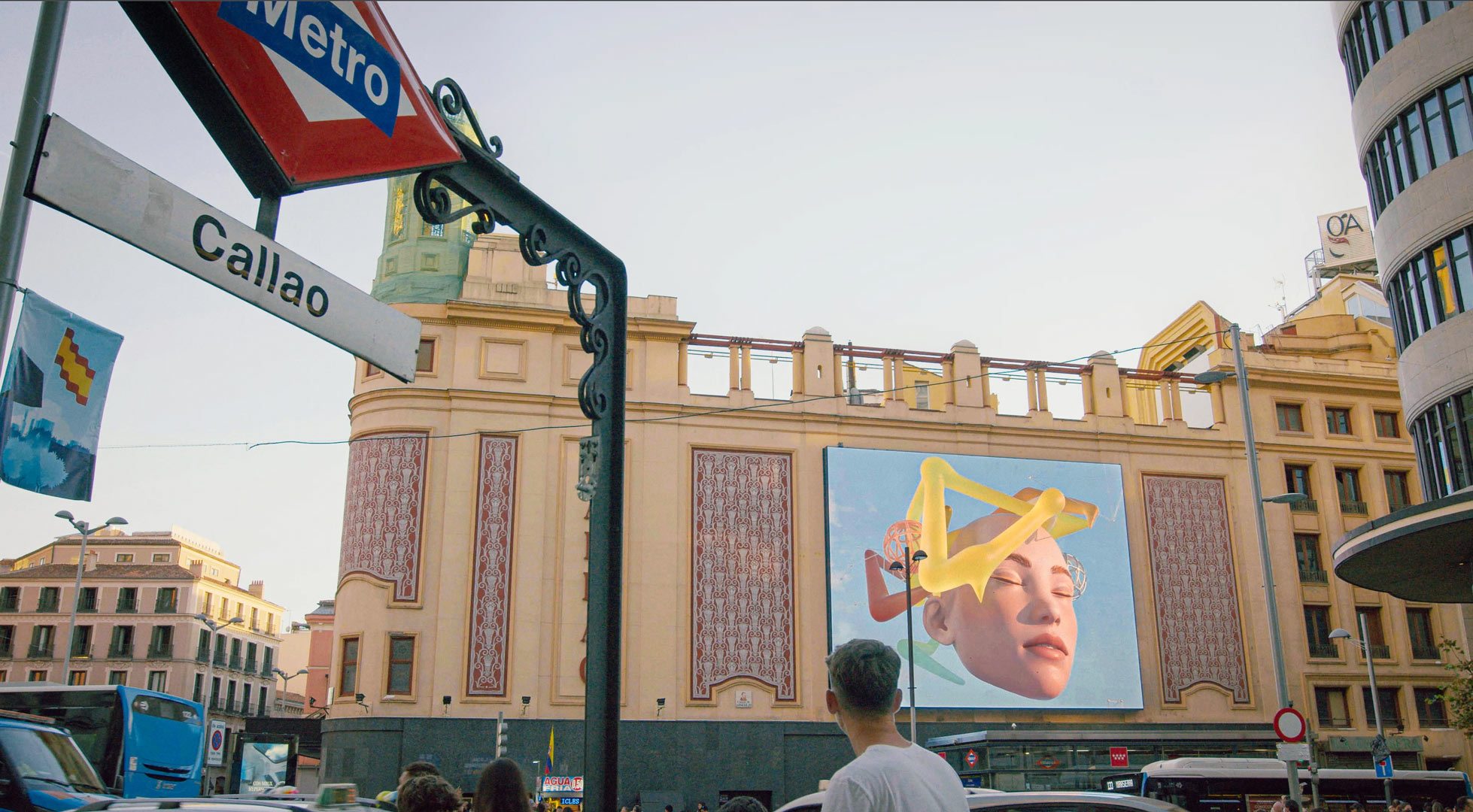 Sublime on a billboard in Callao, Peru. 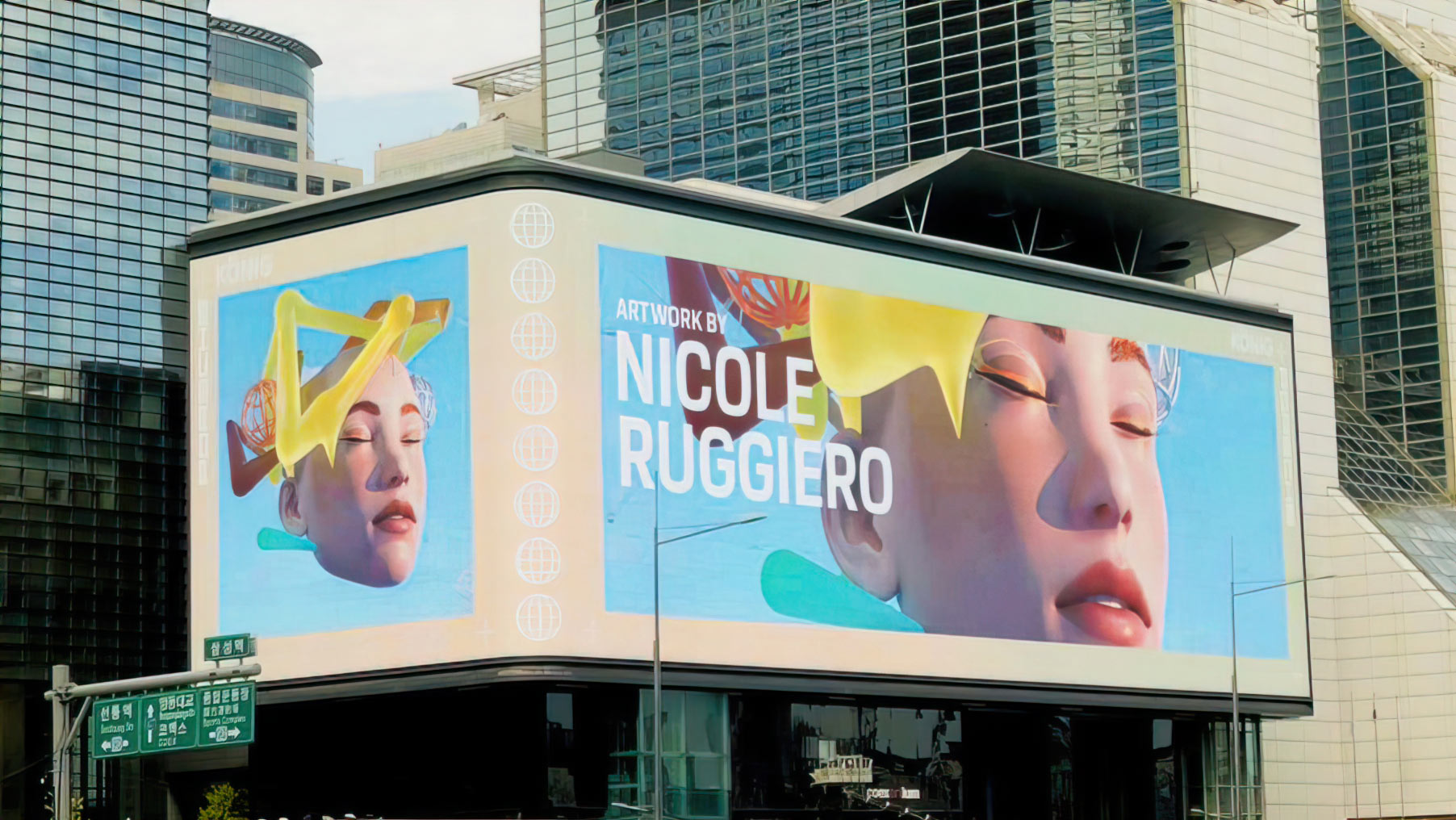 Sublime on a billboard in Seoul, South Korea. 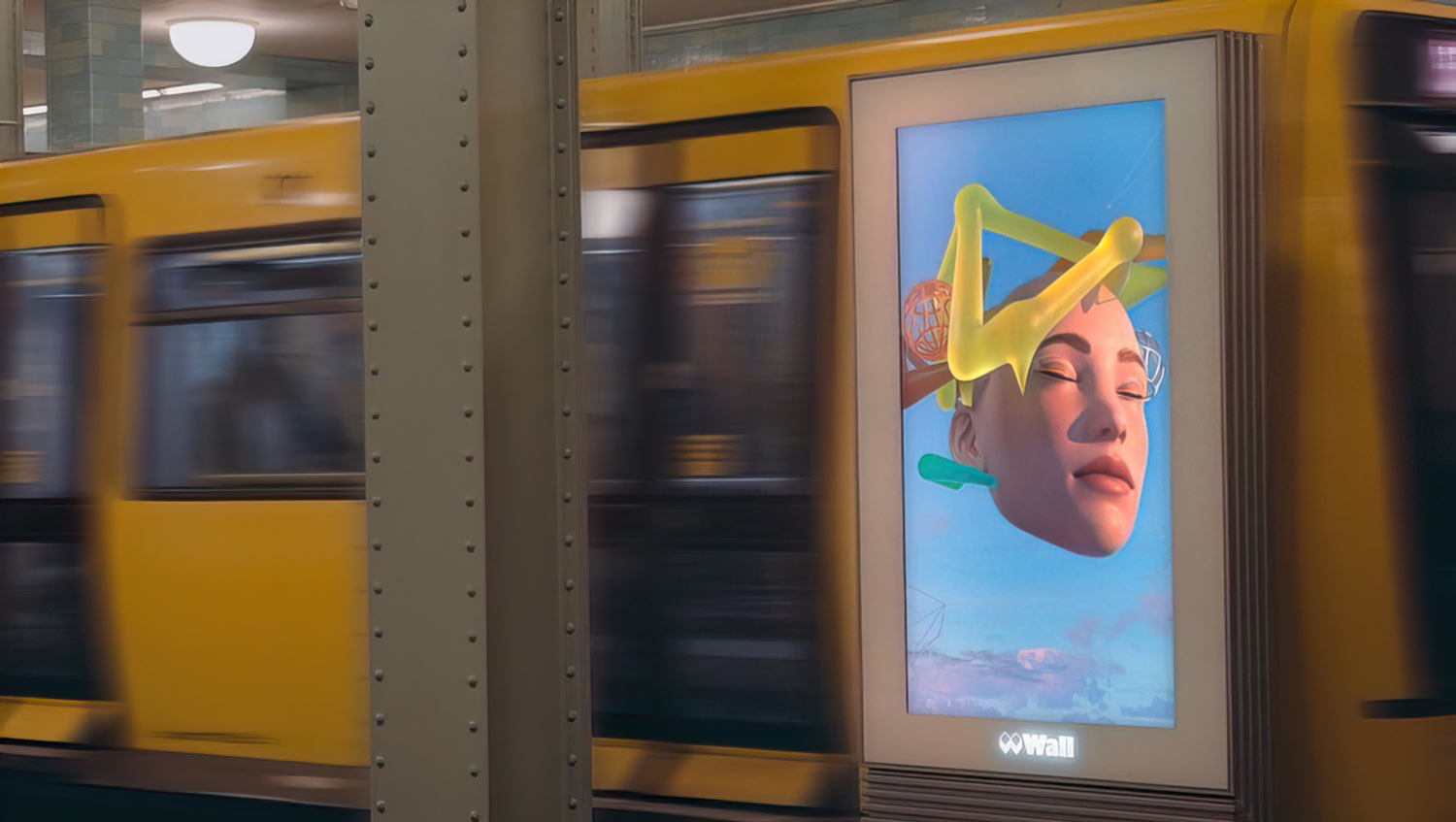 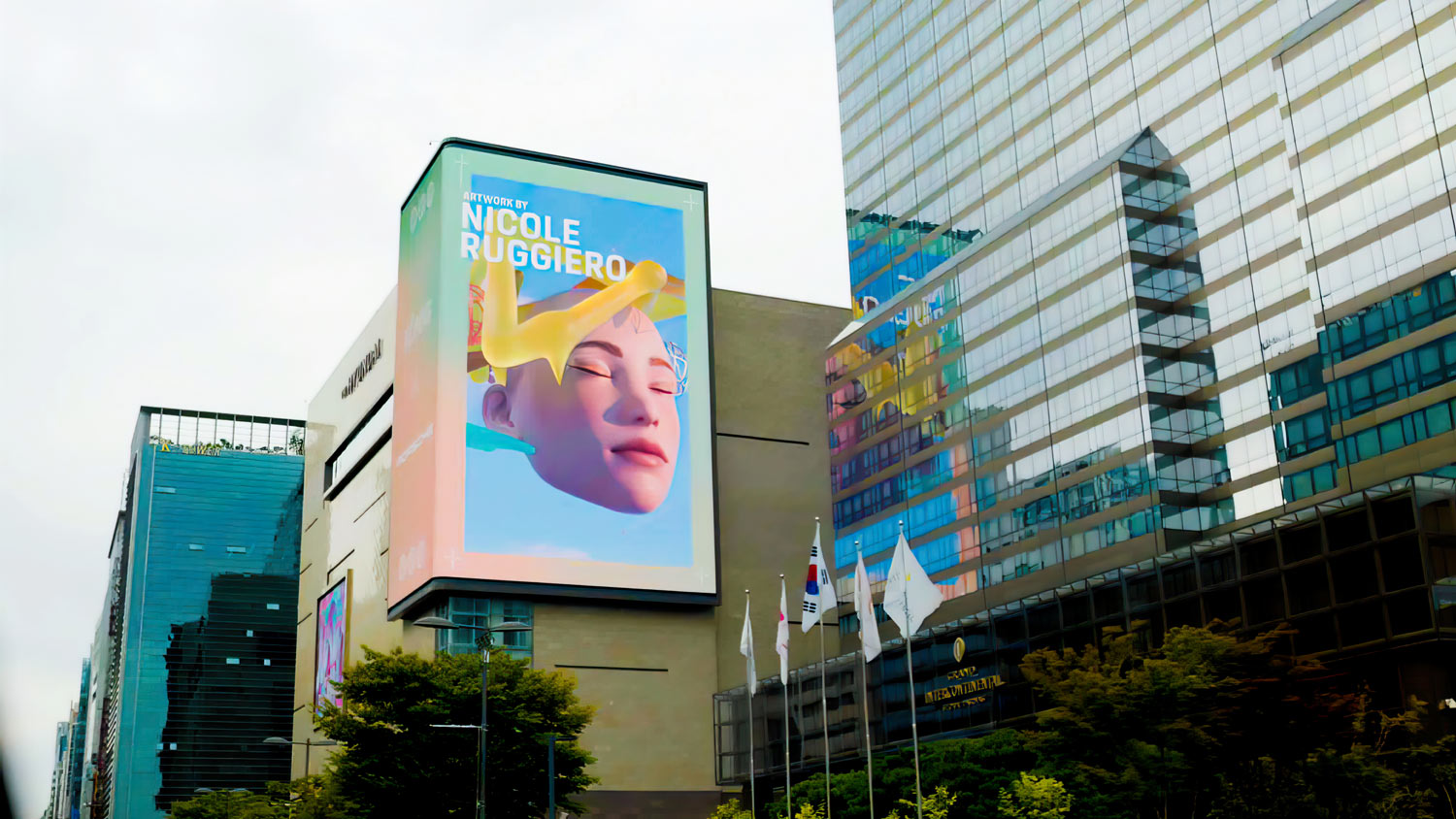 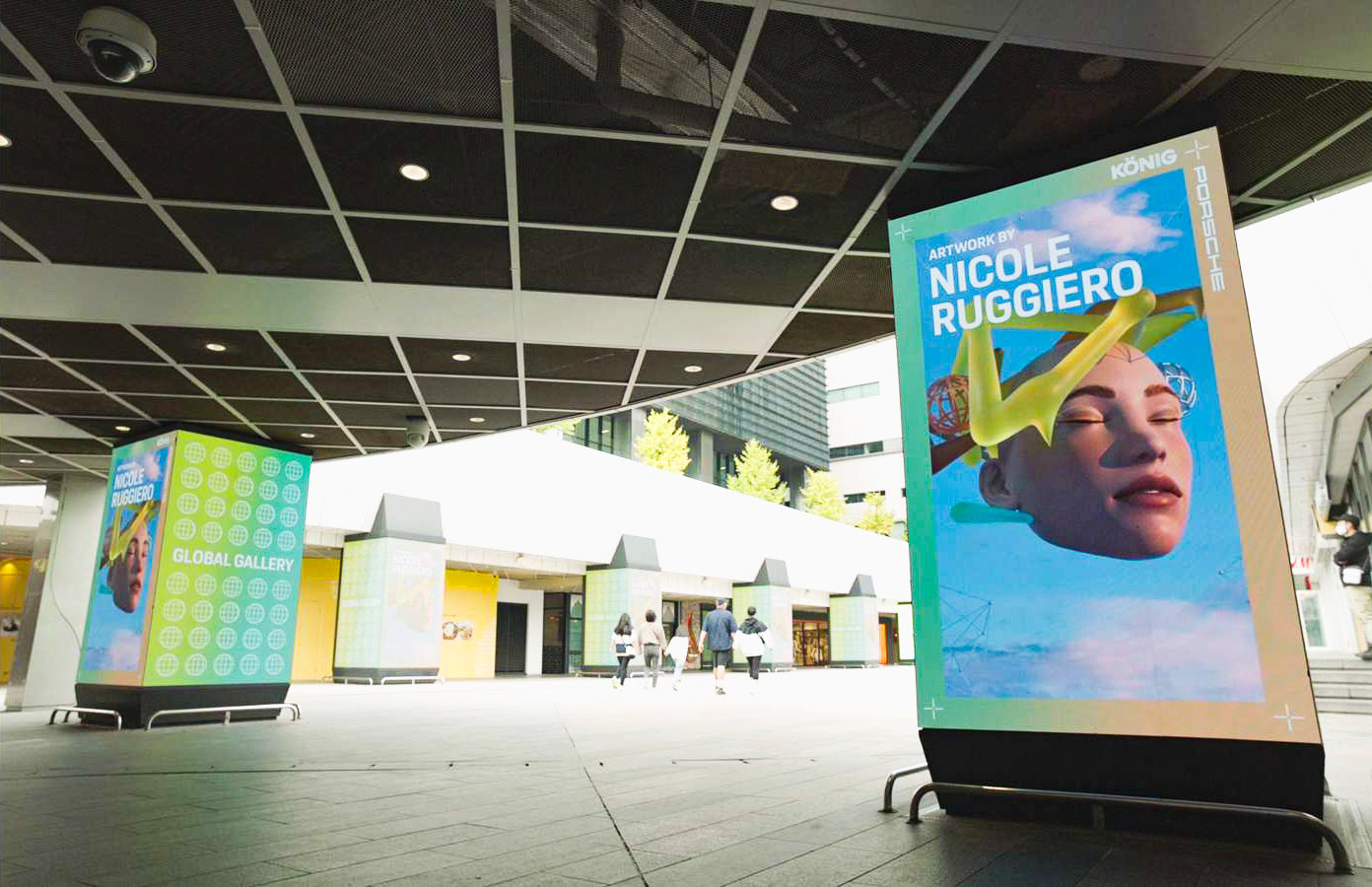 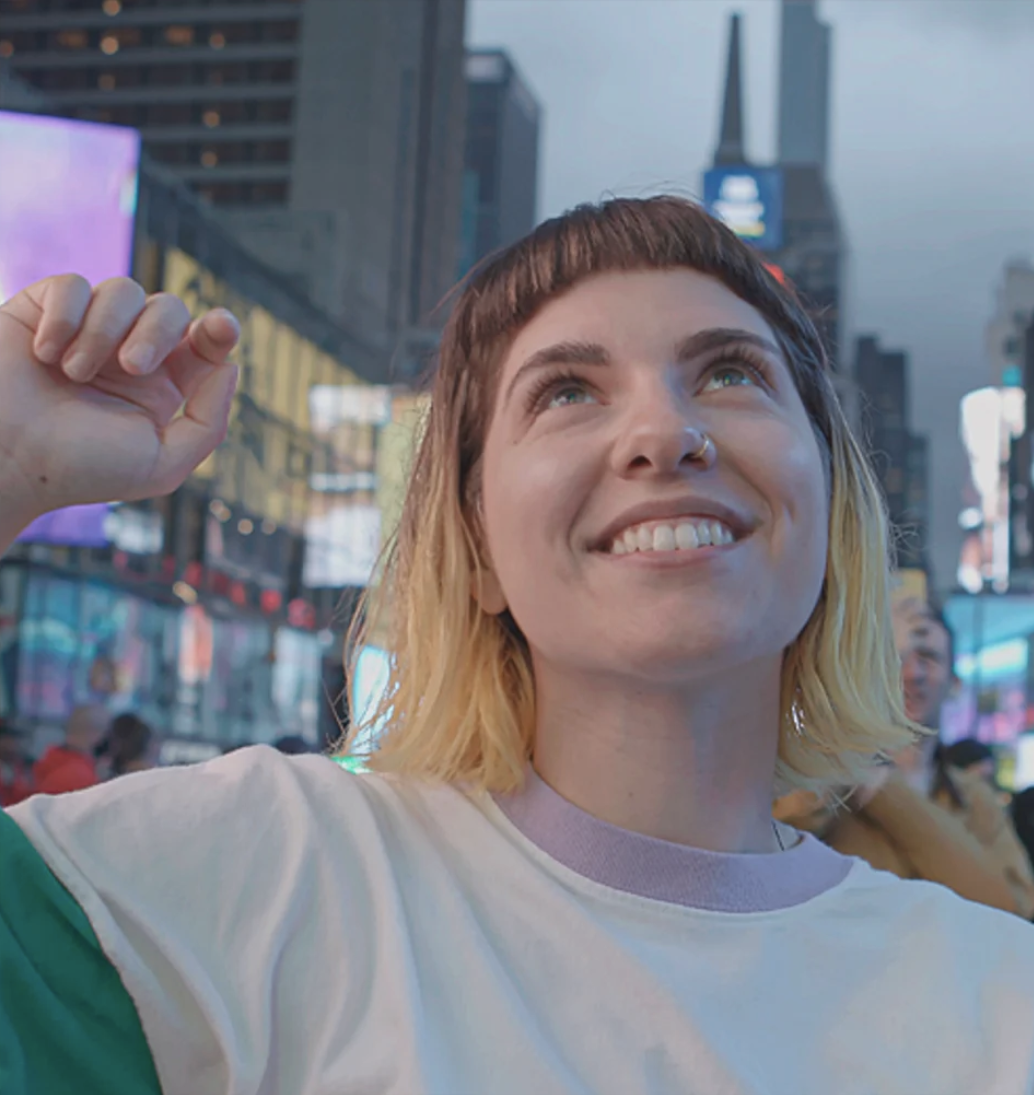 back to commercial work ⮌

back to commercial work